“My style is constantly evolving…”

Paul Zimmerman: How did you develop interest in photography?

Sam Dobrow: When I was in elementary school my father gave me a Brownie camera. At that point in my life, I was very shy. The camera gave me a way to approach people and engage them. When the film was developed and printed, I had a reason to once again engage them and share the pictures. In high school, I took photography class and learned darkroom techniques. My father, once again, furthered my interest by setting up a full darkroom in a utility room for my use. I began exploring photography more intensely with the coaching of my high school photography teacher. I started studying the works of classical photographers like Ansel Adams and Edward Weston. I would occasionally skip school for a day with a couple friends and we would drive all around north Florida taking photos of our adventures. I also began to explore art nude photography.

While studying for my BSBA degree at the University of Florida I took elective classes in photography where my style was influenced by the avant-garde work of Jerry Uelsmann who was head of the photography department. My artwork today exhibits influences from those early days where classic black and white photography collided with surrealism and eroticism.

SD: Finding enough time to get fully immersed in my creative process. Creativity isn’t something I can just turn on and off. It requires getting into s state of mind, away from distractions. There are several aspects of the creative process… concepting, planning, shooting, post processing, and exploration. They are all different mindsets that happen at different times.

Concepting is spawned from inspiration. It might be the lyrics of a song, a dream, or a picture I saw on Instagram. Its not something I sit down and say, I’m going to be concepting today. It usually happens spontaneously and I have to write it down before I forget it. Actually, I just make some notes in my phone so I have them at hand in the future. I’ll also save pictures of something that inspires me for reference later.

Planning is just what it sounds like. It involves thinking out how I can make a project out of an idea. Usually that involves planning a trip to a foreign land or scheduling models for a shoot. It’s the most least creative part of the process but it forces me to think through details of getting myself and my equipment to a location for a more spontaneous activity. Shooting is probably the most stressful part of the process as I set up technically to make the photos and then slide into “the zone”. The zone is a state of mind where time seems to slow down and my senses go into overdrive. I just suck in all the sensations of where I am and start to see through the camera. Photographs are obviously about light but there is a sense of feeling the light, breathing the air that goes into the timing of how to set the focus and when to click the shutter. Landscape and still life photography is much more purposeful whereas people photography is spontaneous and energetic. When the shoot is over, I get a feeling of exhaustion as the adrenaline leaves the body.

Post processing happens back in the digital darkroom. It’s a tedious process of elimination. I load all my images on the computer and then rate them, deleting bad images and flagging the best. I’ve learned not to delete anything but the worst as some shoots I’ve revisited contained unrated images that were really good. This process narrows down the images I want to work with further while preserving the library of images which might become very interesting in the future. Once I find an image to work with the first step is to “develop” the image by adjusting color, exposure, and contrast. Exploration is the stage where I let my imagination go wild. I’ll look at the image and recall all the sensations that I experienced while shooting and apply a variety of creative effects to express those feelings to others through the artwork.

PZ: How planned is the composition of each piece? is there room for spontaneity?

SD: Planning composition varies significantly based on the subject matter. Landscape and still life photographs are frequently shot from a tripod where minute details of the composition are often planned. Other times, I may be with a group of people who don’t have the patience to let me set up a detailed composition. I’ve been known to shoot 10+ handheld images for a panorama without a tripod available. Shooting a live subject is extremely spontaneous as I try to anticipate their moves..

PZ: Do you have any particular goal in mind when your start a new project?

SD: Generally, I plan to make a photography book from a body of work. The book concept usually comes after the shoot and is driven by the imagery. I rarely go into a project with a highly structured concept. That would be more of a commercial project with a specified deliverable; not a creative project. For example, I went to Cuba on a photo expedition with a few other photographers. There was no concept in mind other than perhaps capturing a bunch of nostalgic images of a place locked in the 1960’s. What developed was a body of work with silhouettes and shadows which I subsequently titled “Living Under the Shadow” which has a dual meaning, living under the shadow of the communist regime. I had no idea that this story would emerge from the work until I was home many months later editing and processing the images. 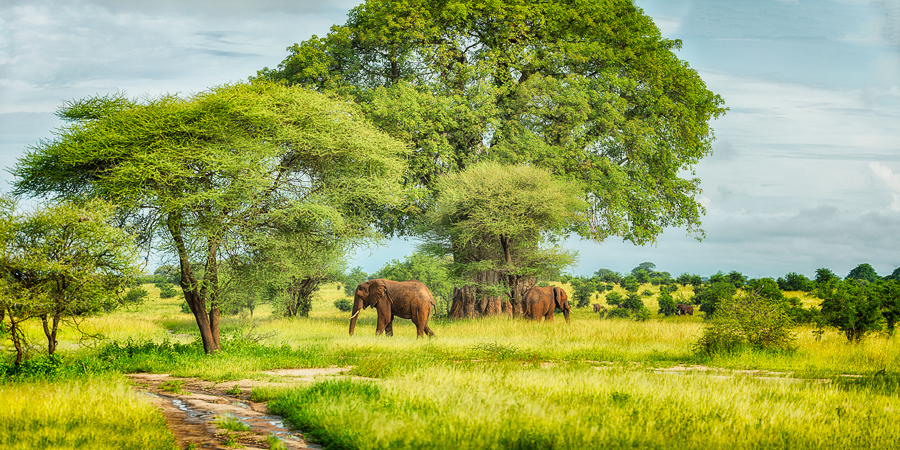 SD: My style is constantly evolving. I think that’s part of being an artist. Life changes you and those changes are reflected in your works. I think one of the more significant changes in my style emerged when I stopped trying to please other people with my work and started creating for me. When other people like it, that’s just a bonus. If they don’t, no big deal. I still enjoy making it and viewing it. As for major evolutions in my artwork, I’d say there were a few key milestones.
The first stage was purely lens/camera based black and white photography mastered in the wet darkroom. The second stage was creating more abstract black and white which involved camera motion, negative sandwiches, and multiple image printing. Once digital cameras were able to compete (image quality) with film, the third stage of my artistic evolution ushered in bold color images with Impressionist painterly effects. In recent years, I pushed many digital photographs into the realm of sci-fi surrealistic art.

PZ: What art do you most identify with?

SD: I am strongly attracted to Impressionism and Surrealism era art. Innovations in art are always met with skepticism by the “modern masters” and I believe my art leaves many asking is it really photography just because it begins in the camera. In the early days of painting, Realism was the only style recognized by the masters and artists were expected to paint images of absolute perfect reality. When the camera was invented, painters were no longer the sole documentarians of the world. Other genres of painting (Impressionism, Pointillism, Surrealism) emerged creating more abstract images. I feel that my photographic art is following a similar evolution from perfect realism to Impressionist imagery and now surreal worlds.

SD: Art is any creation that evokes emotion. I think the art industry, especially the fine art photography genre, focuses too much on the dark emotions. My art is the opposite. I focus on beauty, sensuality, and eroticism. I see beauty and positive energy in the world and try to bring those feelings to my imagery. There is plenty of suffering and agony in the world. Instead of bringing attention to those dark emotions, I shine the light on pleasures to help people escape from their inner turmoil.

SD: I recently purchased a drone and am working this new tool into my creative process. In August I’ll be going to Iceland to capture some iconic landscapes and aerial photos. I’d like to assemble a book from that trip as well as a trip to Egypt, Jordan, and Israel in December. In 2020 I made two books (volumes) to accompany exhibitions of the Surreality Collection at Kcull Artist Cooperative in Coconut Grove, FL. I’ve entered these books in international competitions as my primary creative product during the year. At the request one collector, I created an 11×14 portfolio book of eleven (11) chromogenic prints from the “Living Under the Shadow” collection from Cuba. My last photo expedition was to Tanzania in January of 2020, just before the pandemic broke out. I have placed “Giants in the Land of Baobab”, a 20” x 40” panorama, along with a few 16×20 animal prints. Although I have many good shots from the trip, I haven’t organized them into a book.

SD: The pandemic severely limited my opportunity to create new images. My remaining travel plans for 2020 were cancelled and I self-isolated in my home. I feel like my creative juices dried up a bit and the wheels of progress came to a rusted state of stasis. Since receiving my vaccinations, I’m feeling more confident about meeting people and traveling. I’m looking forward to getting out again and getting back into the zone.